Welcome to the memorial page for

Welcome to the memorial page for 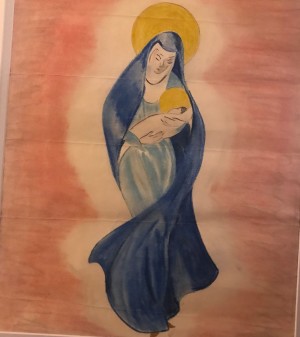 She was born on December 31, 1933 in St. Louis, Missouri, to the late Antoinette Marie Martin and Herman Lafayette Martin.

Profoundly creative and artistic, Corinne enjoyed playing piano, drawing, painting, calligraphy and crocheting.  Her mother was a professional seamstress and taught Corinne the art of dressmaking. In her younger years, she made many of her own clothes.  To make her wedding dress more “high fashion” and modest, Corinne and her mother fashioned a high-collar lace overlay for the top of her gown. Corinne honed her cooking and baking skills in the lively Italian family kitchens of her youth.  Recognized for her poise, grace and myriad talents, Corinne was once considered for the opportunity to host a television cooking show.

On September 1, 1956, Corinne married her eternal sweetheart Eugene E. Schweiss. They moved to College Park, MD in the early 70’s, where they raised their 5 children and maintained a residence for nearly 40 years.   As well as being a homemaker, Corinne worked for the State of Maryland holding various administrative positions with Motor Vehicle Administration, the State Police Department and University of Maryland College Park.  In addition to working at the University, Corinne returned to the classroom there, and at the age of 62, completed a Bachelor of Science Degree in General Studies. She retired from the University’s Department of Animal and Avian Sciences in 1998.

Corinne embodied the biblical teachings of Matthew and Mark, truly putting into action what it means to “love thy neighbour as thyself.”  She was known for her big warm smile and even bigger heart. Even with a family of 7, there was always room at the table for more. Her children recall that you would never know what far-from-home university students would show up to share a holiday meal with them.  As her own children grew older and moved out of the nest, Corinne welcomed international students and others needing a place to stay.  Animals were welcomed too and had a special place in her heart. Corinne and her family adopted several dogs and cats over the years, there was always a pet in the home. Along with her husband, she volunteered for many years with the Boy Scouts for Goshen summer camp, setting up and tearing down the camp for the season.  The couple were also long-time volunteers with the Knights of Columbus 2809, preparing and serving food for large events.  A devout Catholic, Corinne attended services at Holy Redeemer in College Park, and later at St. Mary of the Mills in Laurel, MD.  It was important to both Gene and Corinne that their children have a Catholic education.

An ardent patron of the arts, Corinne enjoyed attending theater performances and strolling through craft fairs and arts festivals. Gene and Corinne shared a love of traveling and made countless camping trips with their 5 children. In retirement, they enjoyed being “snow birds”, traveling to Florida in their RV in the winter months, where they would stay with their daughter Theresa and son-in-law Brad.  They were members of two RV clubs: the Rookies and the Good Samaritans, and traveled to nearly every state in the country. Gene and Corinne also went on several cruises, and Corinne was especially excited and proud to take a dream trip to Rome in 2002.

We stand ready to assist you. If a death has occurred, please call us on the number below: