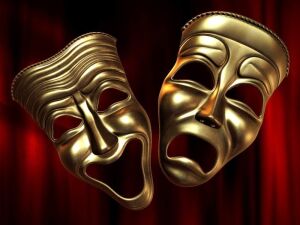 Dorothy Mae Tucker, age 94, died peacefully on May 8, 2020 at the Sacred Heart Home in Hyattsville, Ms. Tucker was born Dorothea Mae Harris in Eau Claire, Wisconsin in 1926. Her parents were dairy farmers and she learned to milk cows at a young age. She was always a high energy person and channeled that early into art. She sewed, knitted, crocheted, drew and painted. In high school she was chosen by her teachers to be sent to Washington DC to participate in the program called Government Girls. These young women worked in the Washington government offices typing and doing secretarial work for the war effort. She worked as a typist in the Pentagon and as a hostess in the Officer's Club at night. At her night job she seated President Truman.  While working one evening President Harry Truman came in with his wife and friends to have dinner. Dorothy was as friendly and fun as she always was. The President was impressed with her and he asked Dorothy to join their group for dinner. She said she could not because she was working. He told her “I am the President of the United States and I say it is OK.” She has always styled her friends hair. This led her to be asked by one friend who worked at the National Theatre in Washington DC to style the hair of several actresses for plays that were presented during the mid 1940's. This was her introduction to Theater. While raising her family in DC and later in Maryland she always had Art projects in progress and usually more than one at the same time. She would have an easel and oil paints set up in the dining room where she would paint a few strokes on her way into the living room. In the living room she would hang draperies that she had sewn. She would maybe proceed to tear apart a sofa or chair that she bought at a secondhand store and begin to rebuild it to look like a museum piece. With the extra fabric that she used to make the curtains she would sew up dresses for her 4 daughters to wear. If the girls stood in front of the living room curtains only their heads were visible. The house always smelled of cut wood and varnish at Christmas as doll houses were built as gifts from Santa. Dorothy has made beautiful costumes, masks, puppets, hats, soft sculptured dolls with hand painted faces. She built colonial style varnished cradles for her grandchildren and rocking chairs when they were older. Dorothy has special interest in theater. Over the past years she worked on theatre shows at George Washington University, Shakespeare Theatre at The Folger, Studio Theatre, Horizons and other DC theaters.  From 1985 until 2009 she helped her daughter, Barbara, create and construct costumes for the American University Theatre on campus and The Greenberg Theatre on Wisconsin Avenue. Even after she suffered a stroke in 2009, Dorothy was able to find joy in her artwork.  As a participant at IONA Senior Services she received art therapy and where the therapists   painstakingly guided her to draw, to paint, make jewelry and other craft projects. She was part of a number of exhibits at the Phillips Gallery “Creative Aging and the Phillips Collection”. Dorothy’s family legacy includes 6 children, 20 grandchildren, 26 great grandchildren and  great great grandchildren.  She was also a great lover of animals.

Services for Dorothy will be provided by Borgwardt Funeral Home in Beltsville MD.  Due to COVID-19 restrictions the services will be by invitation only.

The family is attempting to video stream the funeral service on Wednesday May 13, but final arrangements have not yet been established.  If you would care to join an online service please send an email to arthur.parker17@verizon.net so that an invitation can be sent to the requestor.  Donations in lieu of flowers may be sent in Dorothy’s name to Scared Heart Home,  5805 Queens Chapel Road, Hyattsville, MD  20782 or http://www.sacredhearthome.org/.

To send flowers to the family or plant a tree in memory of Dorothy M. Tucker, please visit our floral store.