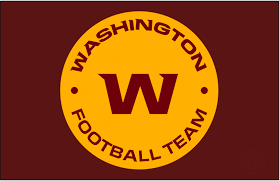 Jesse Warren Hardisty was born to the late Clayton Leroy Hardisty and Harriet Louise (Wells) Hardisty on May 11, 1968 and gained his heavenly wings on March 21, 2021. He received Christ at an early age under the guidance of his mother and father. He was baptized on October 22, 1968 at Emmanuel United Methodist Church, in Beltsville Maryland. Jesse received his elementary and secondary education and graduated from James E. Duckworth Special Education Center in June of 1989. Jesse is proceeded in death by his mother and father Clayton Leroy and Harriet Louise (Wells) Hardisty, both set of grandparents John R. Hardisty and Gertrude Irene Flora, Charles H. Wells and Pauline Crown and his sister-in-law Loretta S. Hardisty. He leaves to cherish his loving memories his big brother James W. Hardisty, nephew C. Thomas Hardisty (fiancé Courtney Youngs), his uncle Jack Wells and a host of cousins and extended Wells, Hardisty, Flora, and Crown family members. He also leaves behind a very special friend who was dear to his heart Raquel Burke, many devoted staff of the ARC of Prince George's County and friends that will cherish his many memories. The family would like to thank all of those who called, text, are prayed for them and their love one Jesse who has gone to join his mother, father and other family members in heaven. It brings them great ease to know that he was loved and will be missed by so many. In leu flowers the family would like for you to plant a tree in his name or donate to the ARC of Prince George County in the hopes that other individuals like him with disabilities can continue to live, thrive and enjoy their lives to the fullest with the same agency that he loved.

To send flowers to the family or plant a tree in memory of Jesse Warren Hardisty, please visit our floral store.