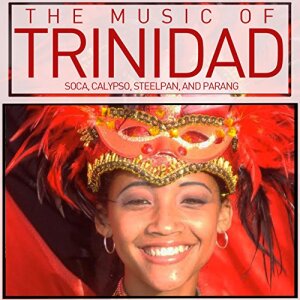 Simon McDonald Benjamin, of Adelphi, MD, was the second child of the late Bernard Benjamin and Henrietta Baptiste on October 28, 1932 in San Fernando, Trinidad. Simon died peacefully in hospice care at the Casey House in Rockville, MD on March 25, 2021. Simon attended school at Rambert R.C. in Rambert Village, South Trinidad. After completing his primary studies, he took up the spray painting trade at the Coffee Street Technical School where he became a skilled painter. Simon was later hired as a spray painter with Trinidad Petroleum. He later went to work at San Fernando General Hospital in the same capacity until 1973 when he and his family migrated to the United States. In 1974, Simon worked various jobs, namely, Frito Lay and Peerless Appliances. He also was employed as a painter at the George Washington University until he transferred to Howard University, where he worked his way up to become a supervisor. Simon was married to Sylvia for 56 years and the two of them had their own family with three sons; Nigel, Anthony, and Lennox. Simon and Sylvia were inseparable and shared their beating hearts together until Sylvia passed away August 28, 2014. Simon always had a passion for music and dancing. He once said that his mother would spank him for listening to music instead of doing his chores, however; that never stopped him! Local bands such as Joey Lewis, Dutchie Bros, Clarence Curvan, and Bill Kent Thomas were his favorites. Simon also considered himself a good dancer. Once the music was turned on and there was an area for him to move those legs and shuffle his feet, he would be in his element. Simon’s definition of relaxing was staying in his garden for hours planting fruits, vegetables, and herbs. When he seasoned them up with his special spices and prepared them for meals, you could definitely taste the freshness in every bite. Simon was preceded in death by his loving wife, Sylvia, and his sons, Lennox and Keith. He is also preceded in death by his brothers: Philbert (Eurica); and Learie. Simon’s two surviving sons, Nigel and Andy (Jeanette), and his daughter, Valerie, his brother, Everyl and his sister, Marva (Olfie); his grandsons: Lebani; Johng; Mel; and Cameo; Nephew: Ronald (Nicole); sister-in-law: Lucille; Great Nieces: Karen; Sandra; Dawn; Tricia; and a host of close friends and other family members will continue to cherish their memories of Simon for years to come.

To send flowers to the family or plant a tree in memory of Simon M. Benjamin, please visit our floral store.